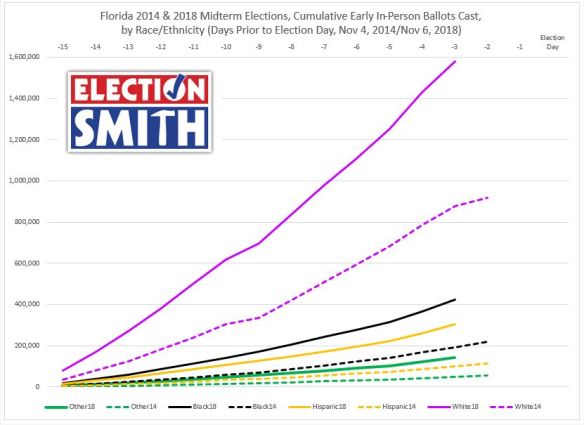 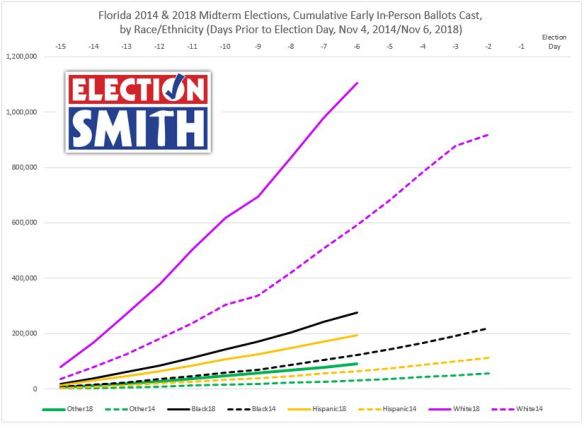 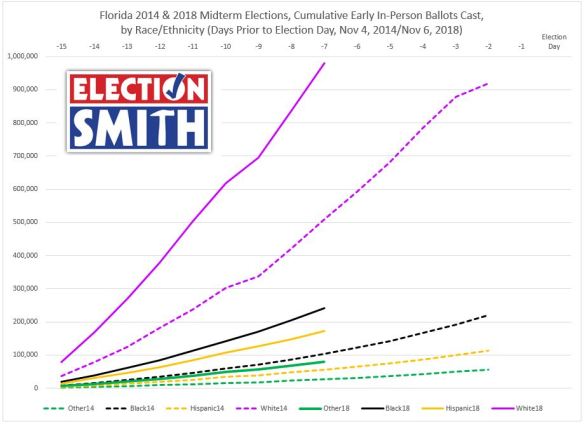 To date, roughly 72% of all ballots cast early in-person and by mail in Florida as of Sunday have been by voters who cast ballots four years ago in the 2014 midterm elections.

The daily patterns are remarkably similar across the three groups, as the figures below reveal.  Regular voters were much more likely to vote by mail, earlier in the cycle; more infrequent voters started to tick up during the first week of early in-person voting. 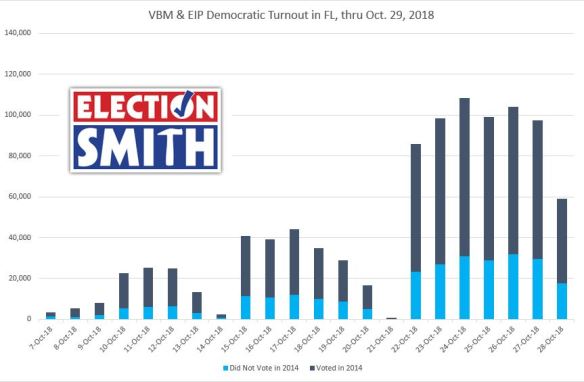 I plan to provide similar figures in the coming days, focusing on age and race, broken down by 2014 voters and nonvoters.